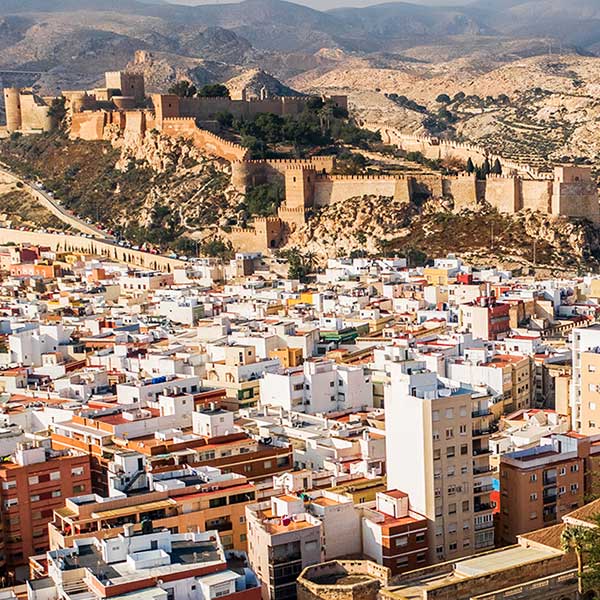 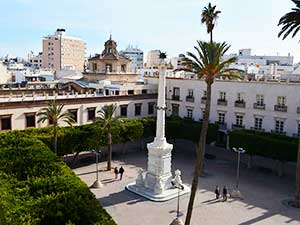 Almeria capital occupies the center of the Bay of Almeria , open to the sea of ​​Alboran and sheltered by the mountains of Gádor and Alhamilla. It has an approximate population of 170,000 inhabitants, it is a small but cozy city. In the past it was a very marine city, now it is administrative center of services and finances, university, cosmopolitan and modern. It does not count on great monuments but the good climate, the treatment of the people, its route of tapas, its beaches and many more virtues, that each traveler will know how to find it, are sufficient reason for the population of the city to grow year after year, and Thousands of people from different parts of the peninsula have chosen Almeria as their place of residence. Strolling through its streets we will discover a city rich in nuances, cheerful and cheerful, an Almeria of blinding light, warm, friendly and full of history.

What to see and do in Almería Capital? 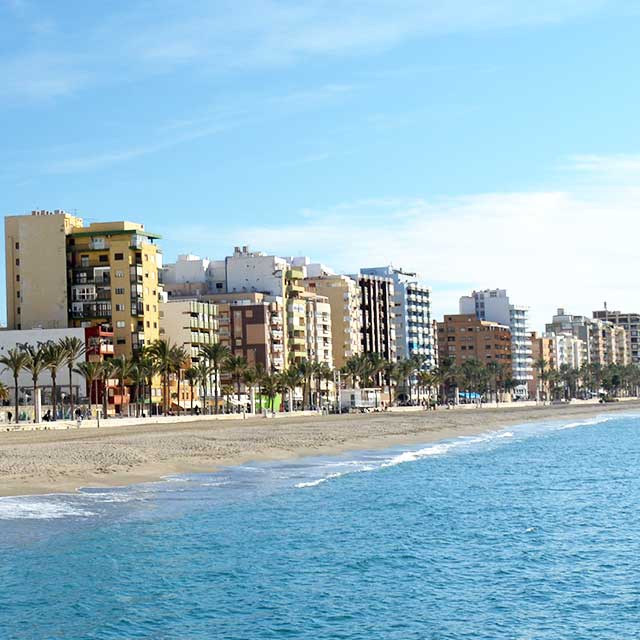 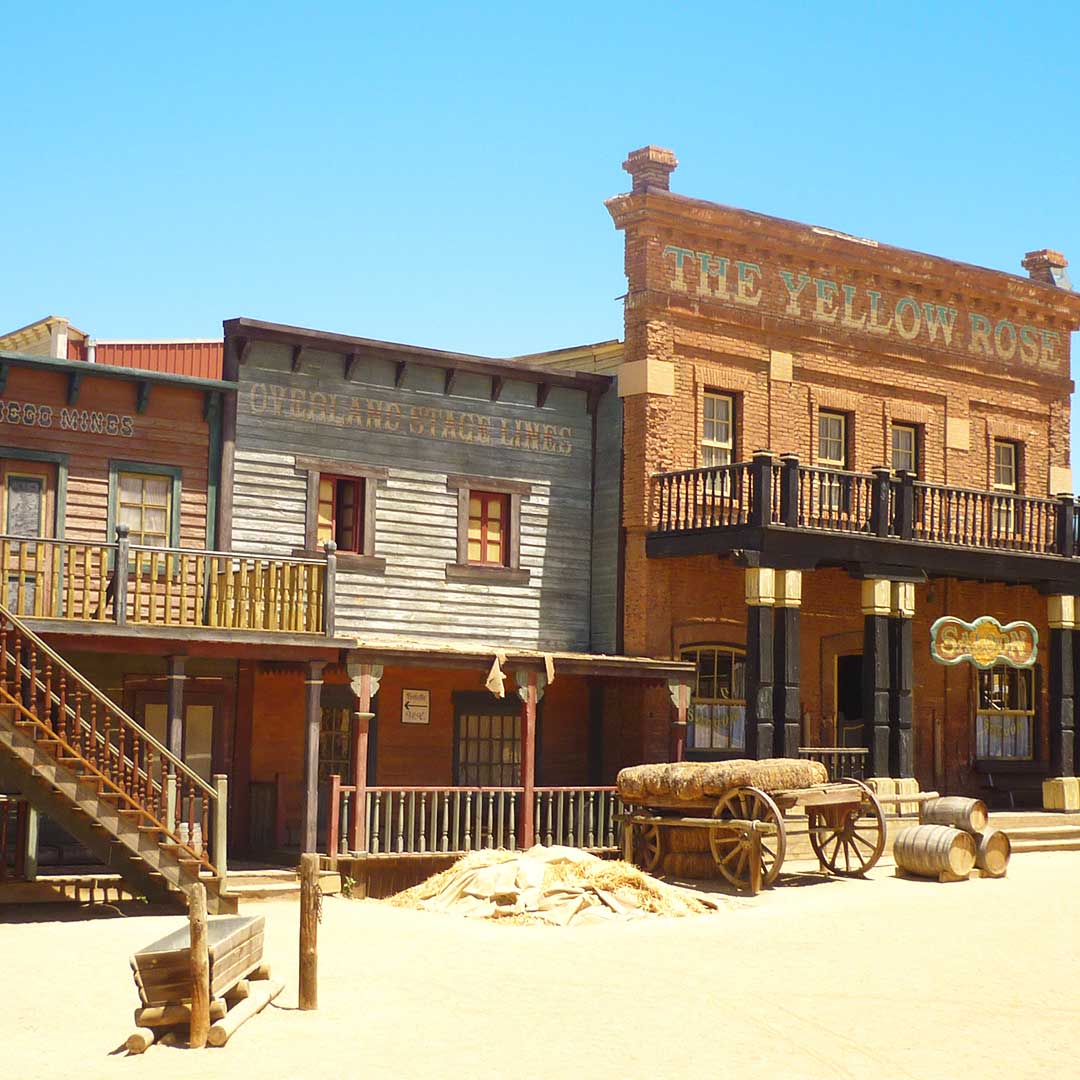 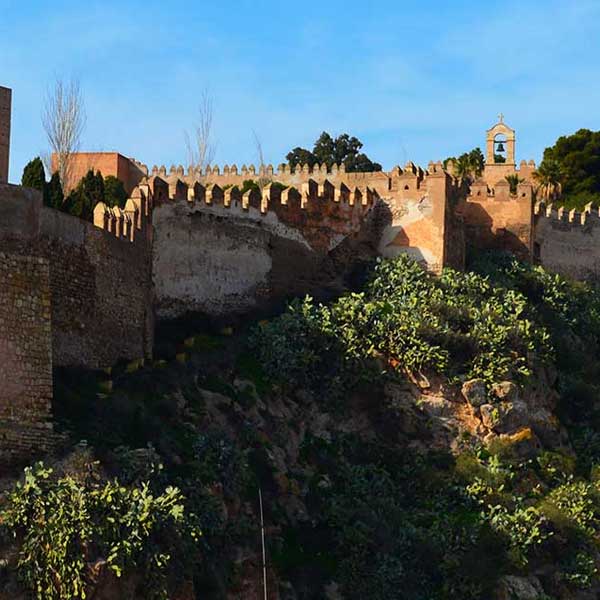 History of the city of Almería

In Prehistoric era , in a period that could be in the Bronze Age, the hill of the Alcazaba was already populated by small communities. Then both Phoenicians and Romans used the natural anchorage for the exchange of goods.

The first vestiges of Muslim Almeria date back to the ninth century , when Abd al-Rahman sent a group of Yemenis to watch the coast to prevent the Norman landings. At that time the present city of Pechina (Bayyana in Arabic) was a flourishing colony formed by the mixture of autotona population and Muslims, and its maritime district was Almeria. Precisely where today is the third enclosure of the Alcazaba there was a watchtower called Al-mariyar Bayyana (Atalaya de Bayyana) and from there comes the name of Almeria.

The city was founded in the year 955 by Abderramán III becoming one of the great capitals of Al-Ándalus and main port. Its splendor came with the declaration of independent kingdom in the year 1012, creating the Taifa of Almeria. The vestiges of this Muslim era of the city can be found throughout Almeria but the most significant is the Alcazaba, which was the largest fortress built by Muslims in Spain.

In the year 1489 the city was conquered by the Catholic kings ending the Muslim period. In the year 1522 a huge earthquake destroyed much of the city , including the port, This catastrophe made Almeria plunge into a deep crisis that would last almost three centuries. Part of the population left the city and, not having a port in Almería conditions, was practically excluded from the prosperous trade business with the Indians.

In the nineteenth century economic recovery began with mining and the export of citrus and grapes. During this time, important buildings of the city were built, such as some palaces of the Paseo and the English Cable. The second half of the 20th century has meant the growth and improvement of the city thanks to the two economic engines of the province, greenhouse cultivation and tourism.

Main tourist attractions of the city of Almería 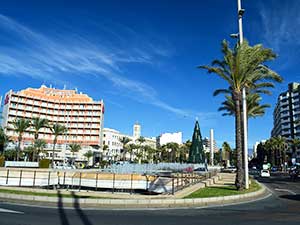 As we have already said, Almeria is not a great monumental capital but it has many places of interest to visit and know such as: Paseo de Almería, Rambla de Almería, Plaza Vieja, Cathedral , Alcazaba, Almería Museum, Refugees of the Civil War, English Cable and Puerta Purchena, among others. You can see them in detail in the section to visit.

One of the most important attractions of Almeria is undoubtedly its beaches . It is a provincial capital with excellent beaches, you can see them in detail in the beaches section.

Gastronomy is one of the forts of Almeria, and we are not referring to the preparation of elaborate dishes, Almeria is known for their tapas . Tourists can enjoy the Almeria habit of having a beer accompanied by the typical tapa of food. In Almería we will find from the basic tapas made with typical products, such as fried fish, to elaborated tapas of spoon dishes or more exclusive tapas of modern cuisine.